The name “Veronica” is in honor of Saint Veronica, whose own name means “true image,” referring to her giving Jesus the cloth upon which his face was imprinted.  There are several explanations as to why this plant is named after her.  It is believed that either this plant was blooming on that day, that this plant was under her protection because of its medicinal value, or that the markings on the flower petals resemble the cloth with Jesus’s face on it.  The species name “scutellata” means “dish-like or bowl-shaped,” referring to the shape of the flowers.  The common name “speedwell” refers to the word “speed” once meaning “thrive,” referring to the medicinal properties of this plant.   In fact, according to English tradition, it was once considered a healthy, relaxing, herbal tea and tonic. 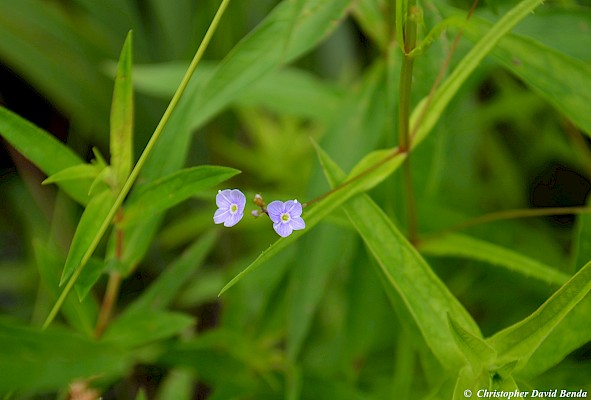 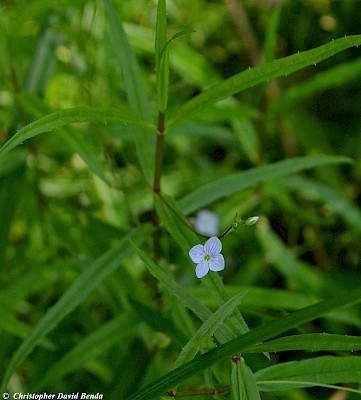